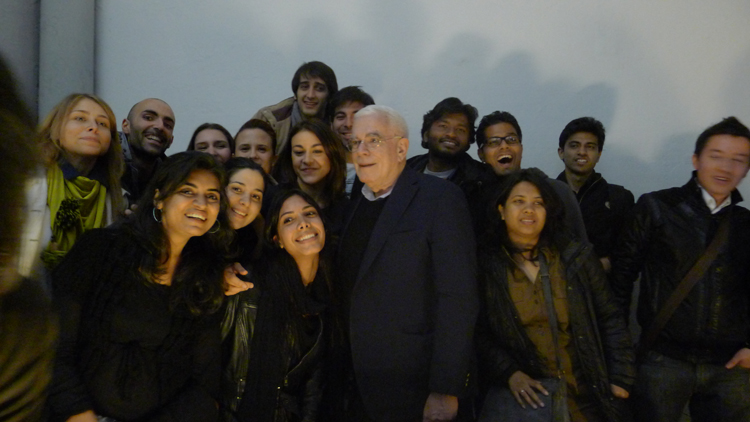 As his former student, I was delighted with the news that Peter Eisenman was awarded the Topaz Medallion for Excellence in Architectural Education last week.

For those unfamiliar with this honor, it is an annual award made jointly by the American Institute of Architects (AIA) and the Association of Collegiate Schools of Architecture (ACSA) in recognition of a lifetime of achievement in architectural education. It thus represents a rare moment of concord between architectural professionals and academics.

Awarding the Topaz Medallion to Eisenman was an extraordinary thing to do. In the first place, most of its past recipients are or were full-time academics for a significant portion of their careers. Eisenman, despite his prolific teaching, has never held a full-time academic position. But more importantly, it is what he taught that makes this award remarkable. Although his specific ideas have undergone periodic revisions, he has consistently argued against the most basic principles that sustain the contemporary practice of architecture. In one form or another, the idea that architecture attempts to artfully reconcile form and function dominates the profession today. In his 1977 editorial “Post-Functionalism” in the journal Oppositions, Eisenman outlined his program of deriving principles for architectural design from the historical conditions that create the grounds of meaning (or lack thereof) of cultural products in general. He explicitly rejected traditional notions of both form and function as based on obsolete ideals. By awarding Eisenman the Topaz Medal, the AIA and ASCA apparently recognized the influence of his profoundly subversive approach to architecture.

One reason to give Eisenman this award is that there are many architects like me who are his former students and who cannot help but acknowledge his influence on their thinking.

He has a unique passion for architecture and sees it as a demanding intellectual discipline. It is a field of action where the forces of history contend and its practice is a kind of spatial historiography. It is difficult to experience Eisenman’s teaching and not come away with the conviction that architecture is the most important thing in the world. Studying it is therefore a very serious business. Eisenman endows his students with his level of passion and seriousness (if not knowledge), making their work important. I can tell you from experience that this is tremendously exciting for a student. Simply put, he is a great teacher, provided one thinks that the proper concern of a teacher is conveying knowledge and passion, not nurturing students’ supposedly fragile egos. Peter didn’t hesitate to couch his criticism in-well, critical terms. I took this as a token of his respect for the seriousness of my work and my ability to approach it critically. I know that many students have been hurt by his sometimes caustic manner, but even these have often recognized after the fact that they learned a great deal from him.

However great Eisenman’s influence on his students, we had to put most of it aside when we began working.

Even the most “stellar” firms need to concern themselves with their clients’ programs. Budgets tend to reify pre-existing “ideals” of form, since straying too far from formal precedents is usually expensive. Clients stubbornly insist on seeing their buildings as practical tools rather than as contributions to critical discourse on architecture. Yet Eisenman’s teaching has stayed with us, in spirit if not in the details. The image of architecture as a serious intellectual undertaking with its own principles and, dare I say, ideals has a powerful hold on our imaginations. And not only on those of his former students- I would argue that every architect bases some of his or her self-image on ideas such as Eisenman’s. Most of us draw a distinction between what we do for a living every day and some idea of architecture as it would exist under ideal conditions. By understanding our daily work as a pursuit of a pure idea which is inevitably doomed to fail, architects both maintain the ideal and the ability to justify the distinctly non-ideal work we do. Without such an ideal, architecture becomes a form of engineering: finding effective solutions to concrete problems. There is nothing wrong with engineering, but most architects believe that that is not what we do.

By giving the Topaz Medal to Peter Eisenman, the architectural establishment recognized the need for such an ideal, for an image of architecture as a high-minded pursuit that follows its own precepts, that exists independently of any of its instantiations. 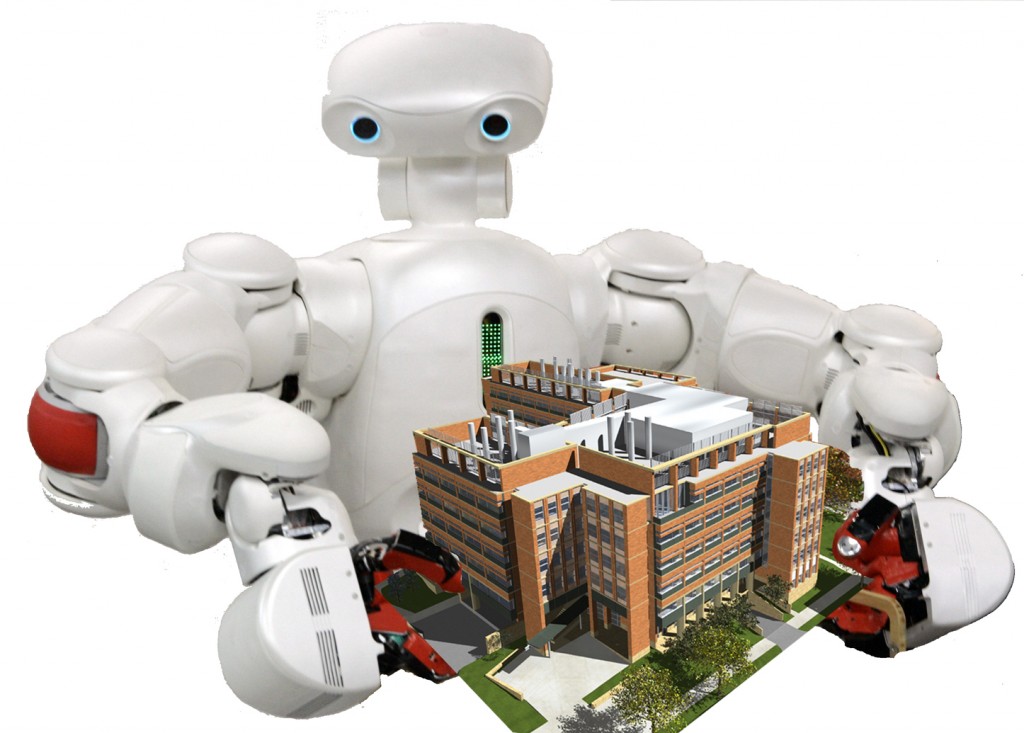 This blog is primarily concerned with the transition from drawing to computational tools in architecture. My book, The Death of Drawing: Architecture in the Age of Simulation, explores this subject in depth and identifies it as part of a pervasive cultural trend towards simulation as opposed to representation as our general mode of experience. The book is chiefly concerned with the cognitive effects of this change on design thinking, but it has many other consequences for architects as well. One of these, highlighted in The Glass Cage: Automation and Us by Nicholas Carr, is the effect that certain automated systems (so-called “expert systems”) have on the functioning of their operators. Carr discusses this effect in several contexts: driverless cars, aviation, medicine, social life and, yes, architecture. He cites research that demonstrates a few worrying effects of these systems. Among these:

Technological adaptation. People and institutions tend to adapt themselves to the demands of technologies they use rather than demanding that technology be designed to help them work as they normally would. This sounds like a choice, but in practice very few individuals or groups can design software for their specific needs. Software vendors cannot afford to tailor their products to the needs of specific individuals or groups. At best, they can provide features that most of their customers want and flexibility to allow others to adapt the software to their needs. Past a certain (quickly reached) point, adapting even the most user-friendly software is beyond most users.

The generation effect. The idea here is that we remember and learn better if we must actively provide some of the information we are trying to master. For example, simply rereading information is a far less effective way of learning than closing the book and recalling the information from memory. Our active cognitive engagement in learning heightens our retention and ability to use the information creatively. Most expert systems are designed to reduce the cognitive load on users, under the theory that this will reduce the number of errors they make. The generation effect says that, in the long run, this makes us dumber.

Deskilling. Carr describes studies in several domains demonstrating that reliance on automated systems results in their operators becoming less skilled. This is hardly surprising- by offloading tasks to an automated system, people’s skills get rusty from disuse. This has been of particular concern in aviation, where pilots are now required to spend a certain amount of time in manual control of their aircraft to keep their skills sharp.

Automation complacency and automation bias. Once we have an automated system to help us do a job, we tend to assume that it’s doing its job correctly. Instead of thinking a problem through for ourselves, we tend to accept the answer provided by the system. If there is a discrepancy between the system’s answer and our own (or a colleague’s), we tend to place more faith in the system. Computers, after all, don’t make mistakes (or so we think. This could be called the Fundamental Fallacy of Automation: the notion that a computer system always makes fewer mistakes than a human being doing the same task.)

You’re probably already thinking about how these effects manifest themselves in architecture. BIM in particular is taking on more features of an expert system with every new release. After all, the original rationale for BIM, and the reason for its rapid adoption in the mid-aughts, was a that it would reduce errors in architects’ drawings. Information-rich BIM families and objects reduce the information an architect needs to recall (bye-bye generation effect). Intelligent objects further reduce our cognitive loads by “knowing” rules that govern certain objects (e.g. standard door sizes) or how certain elements interact with others. I’m sure you have your own stories about how your firm has had to adapt its work processes to the requirements of BIM. I’ve heard many horror stories about mistakes made because someone assumed that the BIM software “knew” how to do something that turned out to be wrong.

As for deskilling, I’ll let you decide if this is taking place or not. Even if it is, it may be difficult to detect in the short run. There’s also an important question of whether what’s happening is deskilling or re-skilling. The skills required by modern design and construction are not necessarily those of the traditional architect. Students graduating from architecture schools that emphasize digital technologies may not know how to draw, but they have other skills that are needed for modern digitally-driven construction. For the record, I think they still need to learn to draw and draw well for reasons I discuss in the book.

Carr makes no attempt to account for automation and its tendencies in a broader context. He begins with the observation that we are making increasingly sophisticated use of automated systems in search of greater productivity. He calls for us to re-think how we design automated systems- to support rather than replace us. That’s a sound recommendation, but it doesn’t get at the root of the issue. What we are up against here is not merely a choice about technology, but an established cultural mode that values performance– the efficient achievement of some goal- over everything else. This is what technology does. The choice of goals is another matter. This calls for ethical values to be applied not only to the goals themselves, but also to the acceptable means of achieving them. This, as I’ve argued in a  previous post, is a role only architects can play in the building industry and, indeed, our most important one.

The performative nature of BIM poses an enormous challenge to architects. If we stand idly by while the technology follows its natural course, we’ll eventually find ourselves redefined as BIM operators. We urgently need to discuss how to use BIM and other computational tools in order to maintain our ability to balance performance with other goals in our work. It’s past time we started this discussion.